Good luck to all the teen girls who are auditioning for a new TV comedy drama series for Virgin Media.

Lots of enquiries to our casting database for new productions!

Cast two adults, Brian and Grace, and two kids, Ailbhe and Cobhan, in an online commercial for StorageWise.

Cast four adults, Ciaran and Rebecca, and Daithi and Abby, for an in house directing workshop for the TUS Creative Broadcast and Film Production course facilitated by top Irish Director Stephen Hall.

Cast Isaac in a short film to be shot on location in Limerick.

Isaac, from our 6-8 yr Saturday class, has landed another role! This time he will play ‘Sean’ in a short film to be filmed in Limerick in October featuring top IMDB actors.

Isaac was chosen from our LSA Acting Database, a service in constant use by top directors and casting agents in Ireland and internationally.

Wishing the best of luck to Arisha from our 12-14 yr Beta class who submitted a self tape for a major role in a TV series due to air next year on a major streaming service. Details all hush hush!

Arisha was selected by a casting director from our acting database, a facility run by the Limerick School of Acting for access by national and international casting directors.

Good luck to three of

our students who are submitting auditions this week for BBC’s TV series Smother and for the new Liam Neeson movie, both shooting here next Spring

ENGINE shorts, a short film development and production scheme for emerging film talent in Limerick, Tipperary and Clare, has cast two of our students in lead roles and several more as background artists.

Congrats to Darragh Fitzgerald and Charlie Butler for landing the roles of Adam and Conor in ‘Simple Sheamy’, Directed by Rachel McGill and produced by Ronan Cassidy. Casting by Aine O’Sullivan Casting.

Big news today. Two of our students, Jared and Ciara, just landed roles as the

children of the two leads in Hidden Assets, a TV series shooting in the Mid-West at the end of June.

Jared and Ciara were chosen to audition along with others from our acting database at the Limerick School of Acting by top casting director Maureen Hughes.

Sarah received her training with Limerick’s very own Nigel Mercier in the Limerick School of Acting. Nigel guided Sarah to gain the self-confidence she needed to pursue her dreams of signing with a casting agency.

Best of luck to the 11 students (and teacher!!) 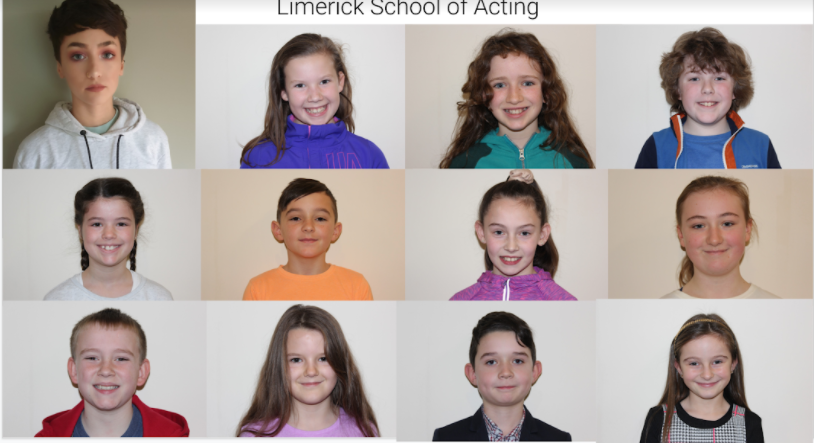 All were cast from our LSA Casting Database