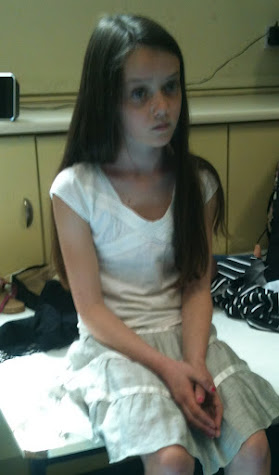 Limerick School of Acting student Rebecca Carroll (10) has been having a busy month of June shooting two short movies around Ireland.

No sooner had she landed that part when school director Nigel Mercier was asked had he a suitable student to audition for another movie role starring Harry Potter’s mother Geraldine Somerville!

Rebecca impressed the casting director Louise Kiely and director John Hayes so much that she was instantly cast in the title role of ‘The Girl’, a frightening but beautiful movie about a woman who realises she is not alone in her West of Ireland hideaway.

Already other film production companies are expressing an interest.

It looks like Limerick and it’s top acting school has spawned another Saoirse Ronan!